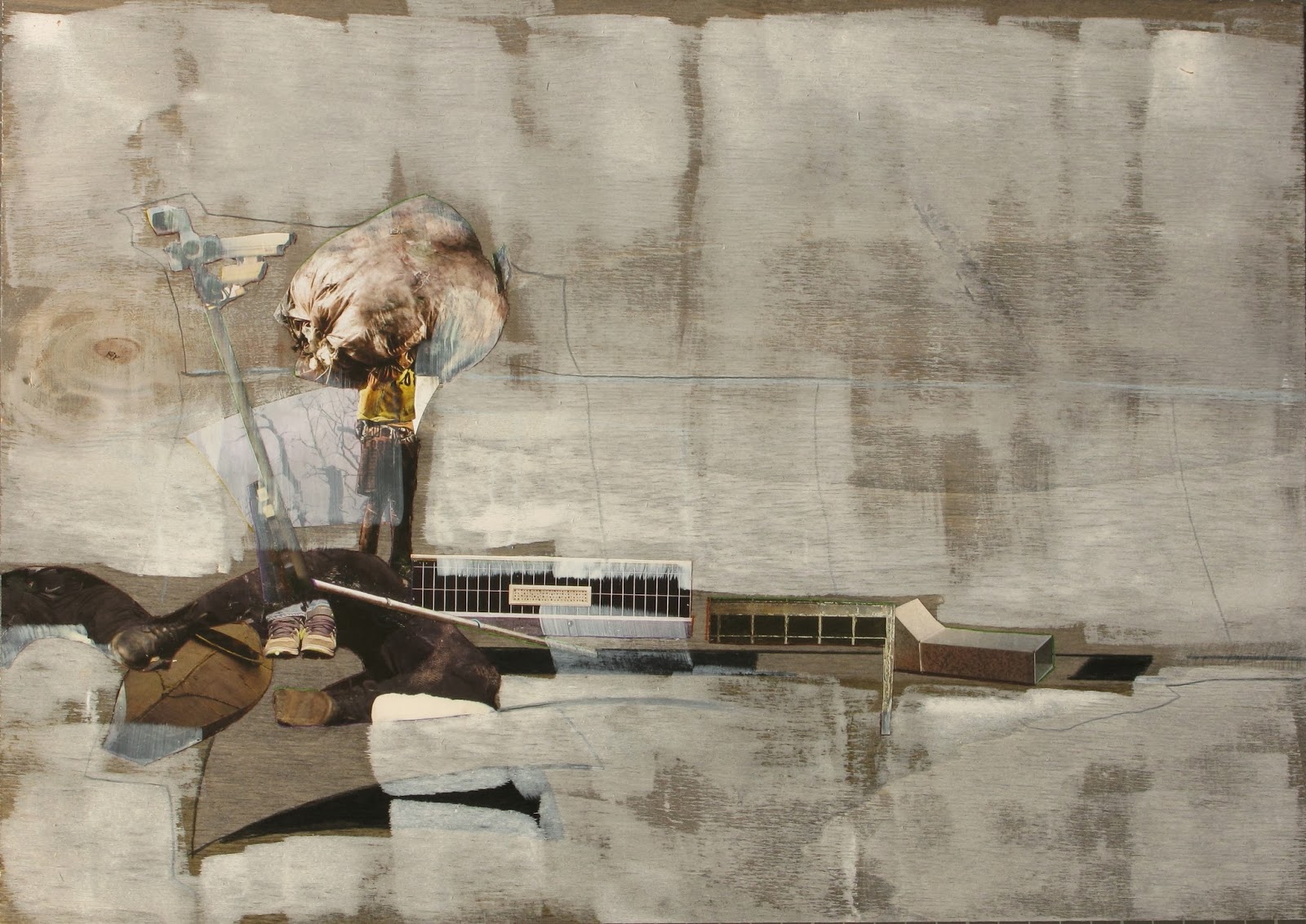 Thorsten Dittrich’s compositions are brought to life by their many overlays and layers, which make it practically impossible to read the space logically. But despite these obstacles, everything continues to flow. The objects are engaged in a constant process of transformation, frozen in a morphing phase and just in the act of changing their current form again. The artist evidently plays with the viewer’s abilities to interpret what he or she sees, and with our innate drive toward recognition: Shapes and surfaces that elude clear identification, but still recall the familiar, are used in multifaceted puzzles. Objects and figures are suggested, but not fully depicted; heterogeneous textures and materialities are crossed and forced to merge. The collages suggest building-like bodies, which then, with the addition of human figures, are depicted in their supposed function – but there is vast room for interpretation, open to all possible options. This opening of semantic complexity also brings with it an expansion of the artist’s graphic and painterly palette. The treatment of the surfaces becomes more multifaceted, and the artist’s interest in bringing together different structures by force, already somewhat apparent in his earlier work, is more clearly expressed than ever here. The graphic and the painterly blend into one another, completely dissolving into a form all its own in between the two. Overall, the artist has adopted a more radical approach since 2009: References to reality are blurred as symbols gain autonomy. Freed from the bounds of citing physical objects, the artist’s gestures become broader and more open, taking on greater scope than before. 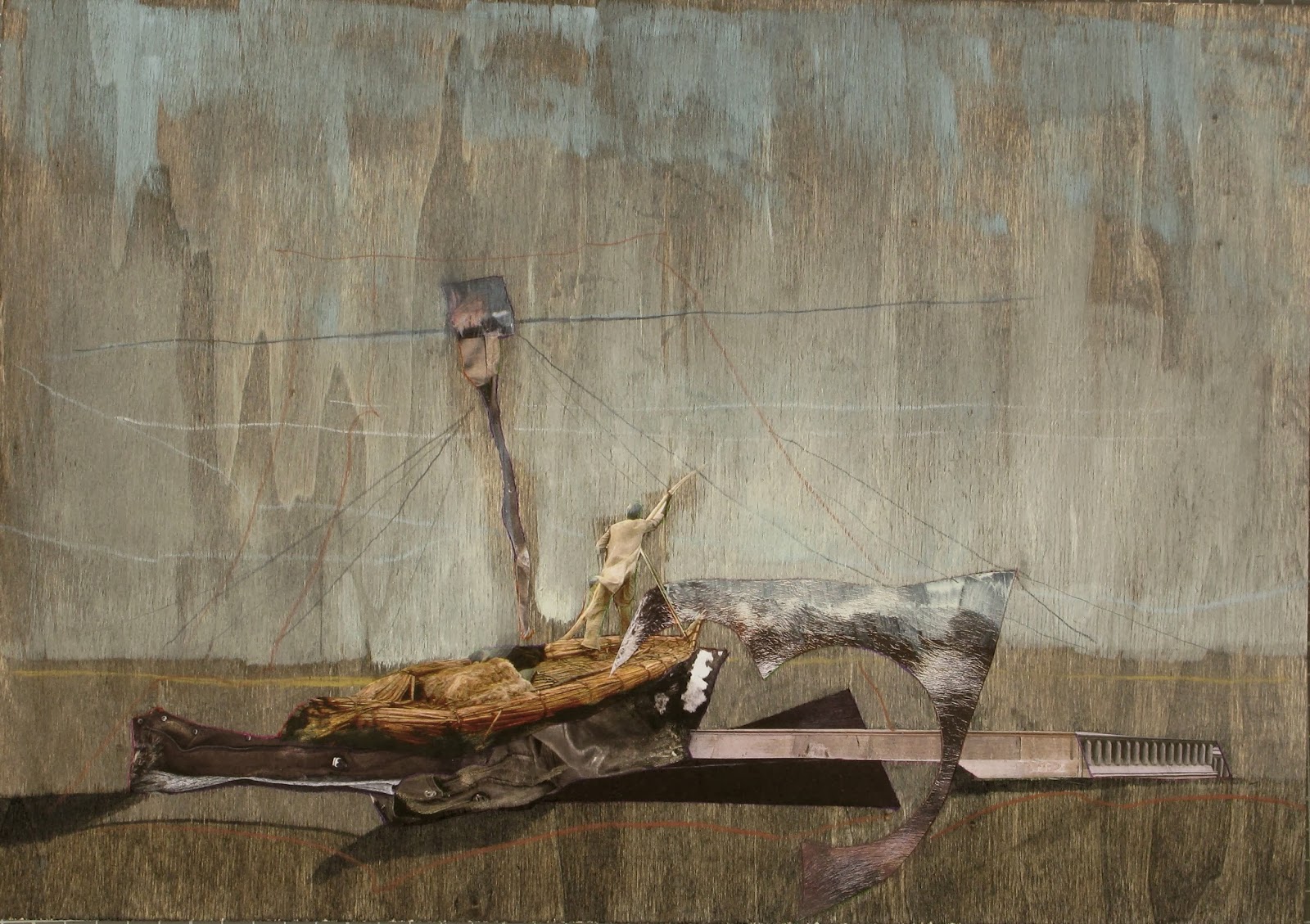 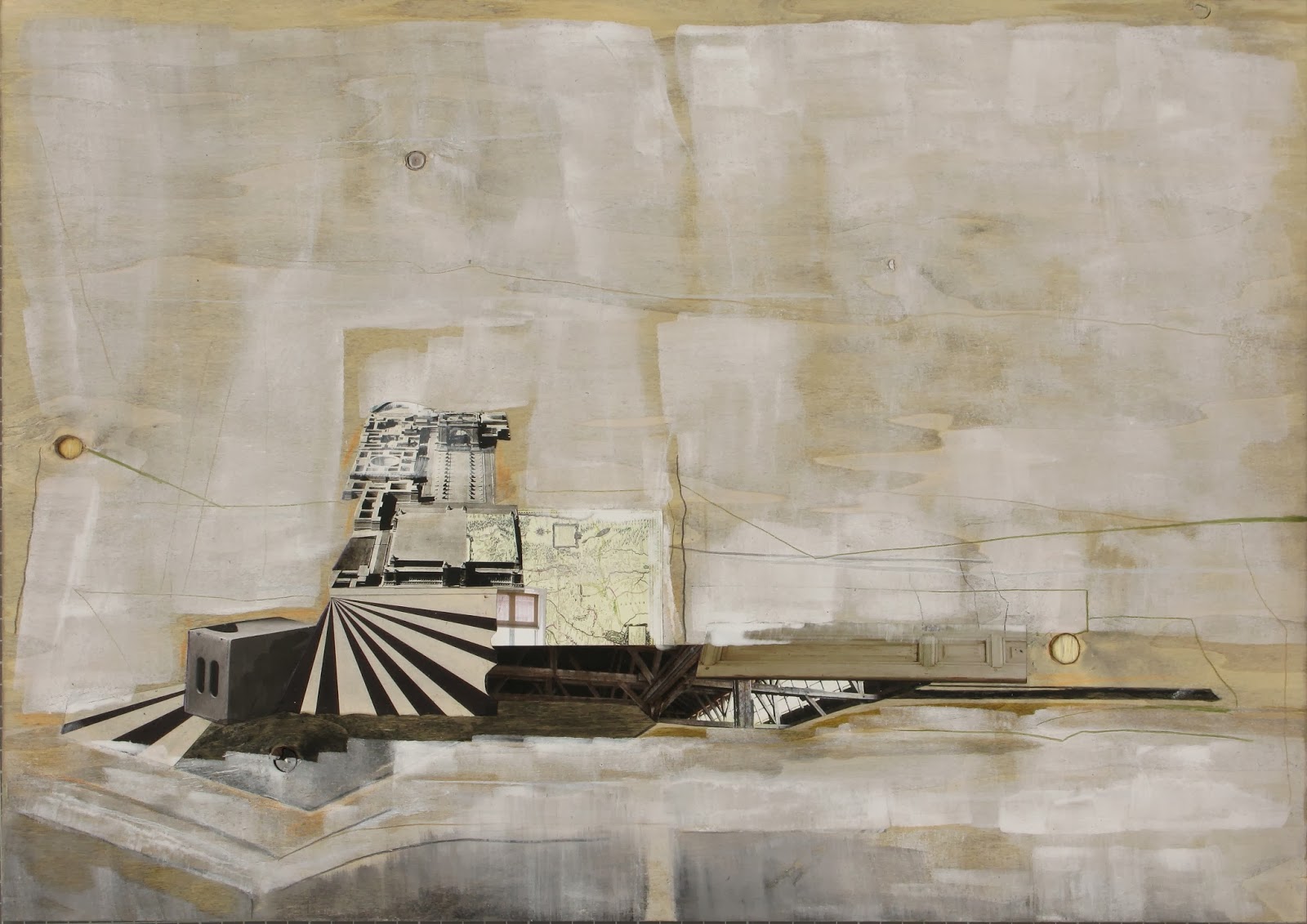