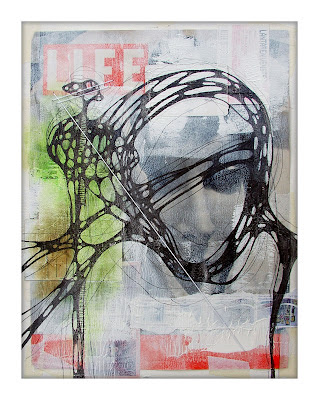 The ‘Covert Ops’ uncovered project, by the Dutch multi-disciplinary artist Ron Weijers transfers an attempt to reflect and to revive debate and dialogue on cover-up issues and scandals as they occur worldwide. A cover-up is an attempt, whether successful or not, to conceal evidence of wrong-doing, error, incompetence or other embarrassing information. Weijers questions traditional social power structures using familiar characters that challenge viewers to position themselves on multiple sides of an implied conflict. The loosely narrative images offer no conclusions as to which parties actually are the defenders or those being defended, which are batting down and which are unleashed to stealthily fight on the side of truth. However, the reality of a larger cause is essential to this work which asks the public to question the sources, content, and fallout of the barrage of mediated information, and in turn to collectively rise above the desire for immediate satisfaction of individual needs for the good of the collective. Ultimately, the work poses the challenge - the viewer can choose whether they will collaborate.

Some well known examples of a cover-up are for instance: the Roman catholic church sex abuse cases, the Watergate scandal, the tobacco industry cover up regarding impact on health due to smoking and the financial crisis banking Cover-ups and several alleged conspiracies to cover up the facts of a number of prominent events have been alleged in the following cases: John F. Kennedy assassination, Korean Air Lines flight 007, the Roswell UFO incident and the September 11, 2001, terrorist attacks.

All works within the ‘Covert Ops’ uncovered project works have been developed on paper and Weijers uses mediated pop culture imagery as the prime layer creating an unique and multilayered collage. The individual series of works of this project consist of vintage magazine and book covers in combination with a second layer of collage-material, directing the individual works more close towards the ‘Covert Ops’ uncovered concept of the particular series of works. Collage-material used for these series of Works are: Interview magazine-covers (1985-1986) cover-illustrations by: Richard Bernstein and published by Andy Warholl, Life magazine covers from the 50's, Saint book-covers designed by Dick Bruna for Charteris, and Popular Science (1943-1946) cover-illustrations by Edgar F. Wittmack.

Covering while uncovering by adding abstract facial expression. Expressing the suggestion to take a stand and face responsibility in life, guiding the concept deeper into a moral message on a more personal and individual level and interacting on this point with the conscious of the viewer. A mirror called self-reflection if one would want. By painting over the collage partly with lucent acrylic white Weijers emphasizes the suggestive character of this underlayer but simultaneously unveils the hollow promise which lurks behind the pretty surface. Diversion methods as those from a stage magician or illusionist, direct the public attention to a particular statement or point, while in the mean time the real deal is out in the open but ignored.

The artist explores the ideas of transformation and contradiction. The process of making the work is fundamental to developing a visual language through which he can communicate the feeling of experience to the viewer. His works define and redefine the meanings of process and transformation. Bringing elements of chaos and dissonance into a state of harmony, each work matures into a fully realized presence. The Covert Ops series of works, obtain their strength when shown together in close formation. Clusters of 20 individual works, together they transfer like one work the impression Weijers aimed for, towards the viewer.

Painting on a collage consisting of vintage bookcovers and magazinecovers, Weijers interrogates the dilemma of time: its recollection, passage and suspension. Within the Çovered Ops’ body of work, Weijers depicts their given subject while simultaneously making reference to the process of their production and their own status as ‘objects’.

During the process of making the paintings, Weijers re-constructs and re-activates his materials and likens his work to that of building a relationship: a series of attempts at intimacy with the work, of fallen expectations, of failures and finally, of surrender. It is in the suspended spaces between the swaying of depicted figuration and abstraction, that his worlds take shape. His painting acts as a rhythm of color, of possibility, of realization and as a sorting structure through which the artist makes harmonies within the chaos around him. Weijers translates his creativity and visions into multi-layered paintings that reflect a characteristic abstract language of signs and shapes. Within his paintings he reveals a deeper meaning and reflects his view on contemporary issues. By reaching a state of liberation from existing patterns, the interplay of lines is dominated by the metamorphosis which conceals the evaluation of his work from the source. The spectator's fantasy is stimulated by the intuitive and specific combination of color, material and shape, thus seducing the spectator towards an alternative view on this world. Weijers adds-on additional layers of stitching and transparent resins within some of the Çovert Ops’ uncovered series of works. 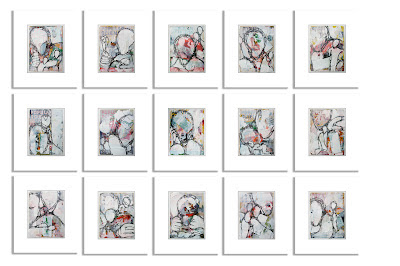 Weijers is one of those artists constantly questioning the techniques they use, their meanings, their goals, all the while perfectly aware they shall never be any definite answer and that their work is meant to remain empirical. He’s not an abstract painter using figuration but a figurative painter who is producing abstraction. His relation with the canvas is very physical in order to extract something else than one could expect for this medium. Weijers mainly paints on wooden panels and his work could be described as multi-layered mix media (collage, acrylic, oil pastel, graphite, objects). His high levels of productivity continiously generate a further developing flow of work. His paintings are on exhibit in galleries and art events in the Netherlands, Belgium and Germany.