Weijers translates his views on contemporary issues by painting, through photography, and composing music.

"My personal quest is to find the balance between tranquility and tension."
"Painting is the ultimate medium for communicating with myself and others."


In painting, his work conveys an intuitive visual language where interlacing signs and shapes combine by relational substance to create a mystical place. Using a refined drawing technique he has successfully liberated the line from traditional pattern.  Figures and elements are thus rendered in their natural state, one belonging to the other with consistent symbolism that allow the viewer a ready grasp of their message quality and orientation. Thereby inviting viewers to consume individual components for detail and to bring them together in relation so that a comprehension of the overall image is portrayed. Complementing the subject matter is a specific color palette that effectively stimulates and suggests the desired mood. Collectively his compositions manifest color, shape, material and line into a seductive fantasy of an alternate worldview.


Ron Weijers's artistic activities are very heterogeneous and do not consist of merely painting, but involve wider dimensions associated with both fine art and music. Graphic design, graphic art, drawing, painting, photography and music are namely areas which the painter fills with meaning by way of distinctly recognisable messages, expressing his subtle and involved views of the issues of immediate interest. In this way, he creates an original and distinctly expressive symbiosis, which he brings to life with different concepts and projects carried out internationally. Due to his personal and artistic capacity to communicate and his outstanding organisational skills, he does not present himself as a solo player, but he frequently involves his artistic colleagues as well.

As far as the content of the artist’s work is concerned, it is man who is the focus of his attention and his central idea, while the art form excels in his most direct and primary reflections transformed into drawing.

His calligraphically elaborated, fluid, refined, mature and determined line winds to end up forming an originally modified structure of a human figure, reduced mostly to a head, which is an indispensable and distinctive attribute of Weijers's artistic opus. It is the most meaningful element with which the artist visualises a reasonable reflecting man – a »homo sapiens«, but also a sensitive man, as is revealed by soft, but taut forms. Continuous lines, tiny and precise graphisms, impressions of relaxed drawing, as well as thickened traces acquiring a more pronounced two-dimensional character every now and then, represent the artist's variable artistic interactions with the painting surface, originating more or less from a form whose original idea already involves a circular impression. The author thus confirms his personal penchant for simplification of form which in fact represents stylisation and even approaches symbolism. This form is undoubtedly characteristic of a sensitive person and represents to the author an essential element of form building. Perhaps, in this way, he tends to realize the idea of the French painter and sculptor Francis Picabia: »Our heads are round so that thought can change direction«. The form definitely encompasses the complexity of an invisible, but ongoing activity within a person's inner self; his changing thoughts, a kaleidoscope of his emotional states of mind and social feelings which fully objectify the elaboration of a human figure through the author's subjective, but also generally argumented imaginary world.

Weijers mainly works on three-dimensional shaped wooden panels. The multi-layered mixed media paintings involve graphite contour lines, traces of oil pastels, acrylic impastos or glazed covering, and most of all, collage applications of various materials among which printed media and corrugated cardboard hold a special place. The colour range is restricted to a well premeditated selection of colours with which the artist accentuates the meaning of his works, including some intentional suggestivity and sentimentality.

Within the whole array of different media and ways or approaches to artistic visualisation, one can sense a special harmony between the expressed and produced, between the personal and populist, the traditional and modern, the premeditated and intuitive, but also between the physically perceived and spiritually sensed.

A prior career in graphic design has strongly influenced the artist's work and is evident in the media he favors. Weijers mainly paints on wooden panels and his work could be described as multi-layered mix media (collage, acrylic, oil pastel, graphite, objects). Through the years he has matured his painting style by means of materials used, technique and concept. His high levels of productivity continuously generate a further developing flow of work. His paintings are on exhibit in several galleries in the Netherlands, Belgium, Germany and the USA.

By way of photography, Weijers is keenly adept at capturing the essence of subject, communicating again his conceptual vision of social and political issues. Various series such as 'Throw away your TV!', 'It's a stars & stripes circus out there', 'Get Connected with Phonarchy', 'Spray-com 2006', 'LA drive-by shooting', 'Target rush-hour' and 'Fixx the game', intend to bring forth underlying sincerity relating to the desired theme. His photographic work is shown in galleries in the Netherlands, Germany and the United States.

As a musician Weijers writes, arranges, produces and releases musical projects using the name Global Frequency. The recordings of these projects are realized in corporation with an international group of musical friends mainly in the Netherlands and the United States. During the past years his musical activities resulted in the release of ten CD/DVD's. The projects “the Break of Dawn“, “D-Mans' left wing & painkiller sessions“, “Trippin' in the temple of doom“, “Get Wet“, “Throw away your TV!“, “Evo-so-lu-tion“, “Sounds of Vision“ and the release of his DVD “Tabasco Tabernacle“ are some examples of his urge to musically express himself. 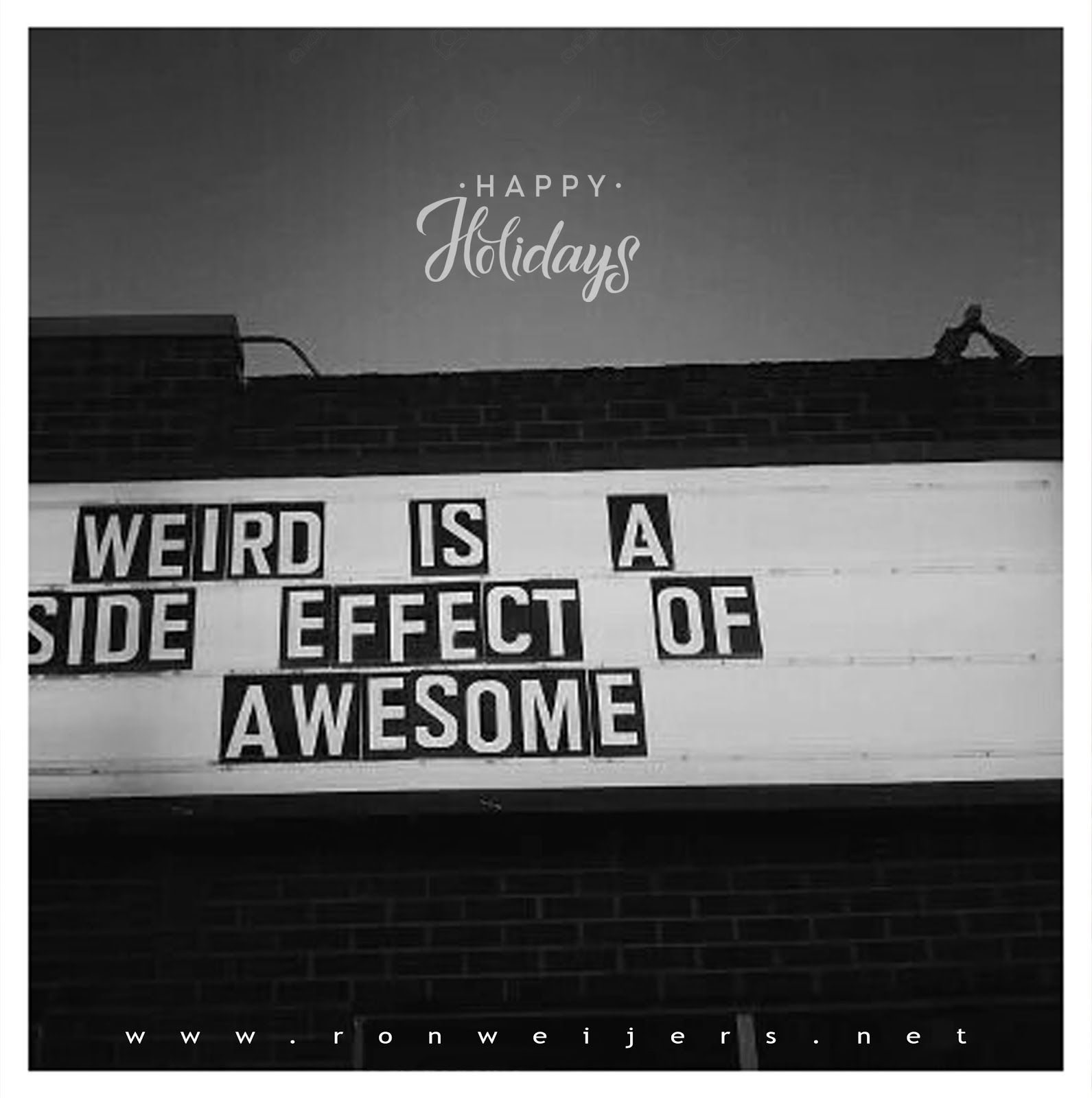